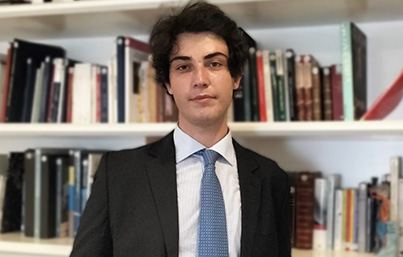 During the course of his studies, he took part in the activity of Legal desk in prisons at Casa Circondariale Rebibbia in Rome, promoted by Prof. Marco Ruotolo.

He is enrolled as a trainee lawyer at the Bar Association of Rome.

He joined Studio Legale Bongiorno in 2022.